How AI Systems Can Improve Healthcare Diagnosis and Treatment.

In our last blog post, we took a deep dive into how artificial intelligence (AI) and machine learning (ML) help healthcare organizations engage patients more efficiently. Not only does using AI help lower patient engagement costs, but it also improves communication between patients and organizations, assists with patient follow-up, and frees resources for more value-added tasks.

But AI can also help with the diagnosis and treatment of diseases and other conditions – not as a replacement for physicians, but to support their decisions and make recommendations based on analyses of large amounts of healthcare data such as electronic health records (EHRs), symptom data, medical images, doctor reports, and more. This can help improve and speed up decision-making when diagnosing and treating illness. Which, in turn, can improve health outcomes and, ultimately, save lives.

10%: Percent of patient deaths in the U.S. attributed to diagnostic errors

6-17%: Percent of hospital complications in the U.S. attributed to diagnostic errors

$38.8 billion (USD): Amount of related compensation paid out over the past 25 years

There’s certainly room for improvement when it comes to current diagnostic and treatment standards. “Diagnostic errors contribute to approximately 10 percent of patient deaths,” according to the Institute of Medicine at the National Academies of Science, Engineering and Medicine (NASEM), “and also account for 6 to 17 percent of hospital complications.” And a review by Johns Hopkins showed the total payout attributed to diagnostic mistakes in the U.S. over the past quarter-century is $38.8 billion.

NASEM also stated, however, that these issues typically aren’t caused by outright physician negligence. Rather, they’re due to a constellation of factors including human error, inefficient collaboration between organizations, and notable communications gaps between caregivers.

As it turns out, AI can help with all these things, and more.

How can AI help improve healthcare diagnostics and treatment?

There are several ways AI can help physicians improve treatment. Treatment plans and other follow-up actions can be tailored more effectively after analyzing troves of treatment and patient data – too much information for humans to process efficiently – to determine what’s worked in the past for similar patient cohorts. Along with improved messaging, this can help with the ongoing problem of patient noncompliance.

Other treatment applications for AI in healthcare include developing new drugs and more effective drug targeting to improve efficacy and reduce adverse drug reactions (ADRs). There are currently hundreds of startups using AI for drug discovery. Atomwise, a San Francisco-based startup, recently struck a $1.5-billion partnership with Jiangsu Hansoh Pharmaceutical Group to design new cancer drugs. “We can model how it will behave in a cell in combination with other drugs the patients might be taking,” Bayer’s Angeli Moeller told the Associated Press in late 2019 about her company’s efforts. “We would be able to run shorter studies and show where the medication is the right one for those patients earlier.”

Other uses for AI could help reduce the number of diagnostic errors made every year, including more efficient disease detection. AI applications are being used in oncology to recognize cancers. Machine vision applications help pathologists identify diseases in bodily fluids and tissues, and facial recognition helps match phenotypes correlating with certain rare diseases. 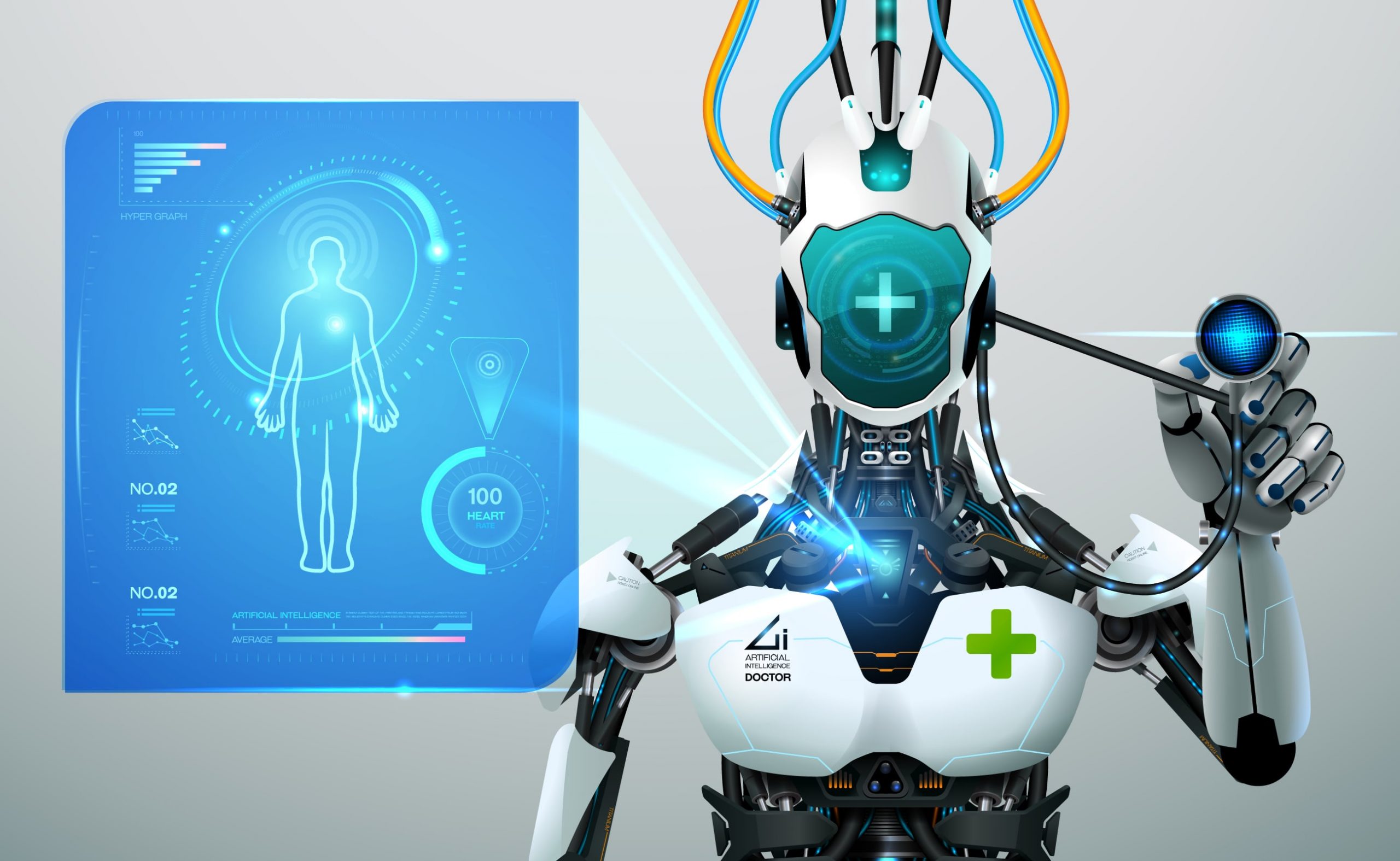 How effective are AI diagnostics?

Various studies have generated compelling evidence on behalf of AI for treatment and diagnostics. Google researchers, for example, recently showed that a well-trained neural network detected lung cancer in medical images faster than trained radiologists. A recent Journal of the National Cancer Institute study showed AI breast cancer detection accuracy of 95 percent. Further studies have shown that AI can be as good as trained doctors when detecting eye diseases. And a 2019 study published in The Lancet showed that AI is at least equal to humans when analyzing medical images such as MRIs, X-Rays, and CT scans. However, the study also noted that many AI evaluations are based on incomplete data and that large-scale clinical implementation is not yet imminent.

Regardless, AI’s ability to quickly learn and classify diseases and conditions has shown tremendous promise for faster and more accurate diagnoses and better treatment. The Lancet study also noted that AI-assisted diagnostics could free up increasingly scarce resources, while also possibly addressing the growing need for specialists in low- and middle-income countries.

Although AI is not currently widely used in most clinical practices, most experts agree this is getting closer to reality. Companies and governments are investing heavily, including in the U.K., where the NHS recently invested £250m in a new AI laboratory. The FDA has also approved several AI algorithms in the U.S. (however, all approved algorithms are currently of the “locked” variety – meaning any changes need further approval). Since one of the main advantages of AI is its ability to learn as it goes, the FDA has also said new regulatory frameworks based on a total product lifecycle (TPLC) approach will be needed to accommodate widespread AI in healthcare.

Pharmaceutical companies, as well, have been relatively slow to see real-world benefits from their investments in AI. But although there are currently zero AI-created drug treatments on the market, pharma companies don’t expect things to stay that way forever. “It’s probably going to take two years before it really hits mainstream medical practice. Getting the technology to the patient is still the hard part,” explained Bayer’s Moeller.

The University of Birmingham’s Dr. Xiaoxuan Liu, the lead author of the Lancet study mentioned earlier, agreed. “There are a lot of headlines about AI outperforming humans, but our message is that it can at best be equivalent,” she said, adding the real test will be in comparing health outcomes of current practices to that of AI in clinical trials and settings.