Data volumes and velocities in health care and other industries are growing at incredibly fast rates, driven largely by cloud computing and the proliferation of smart connected devices across the world. This information explosion has created opportunities for organizations to improve processes through analytics, but also significant challenges in terms of their capacity to handle all that information.

And while the big data revolution has touched virtually every business unit across the health care spectrum, nowhere has been more affected than the data center.

Indeed, this explosion in data generation has put tremendous pressure on data center infrastructure where tens of thousands of events per second (EPS) can occur. There is too much data, in many cases, for humans to keep up. Not only that, but bad actors looking to steal sensitive data have now weaponized artificial intelligence (AI) – leaving chief information security officers (CISOs) and their teams without similar tools in their arsenal one step behind.

It’s a big reason why Oracle co-founder and CTO Larry Ellison announced his company’s highly automated security and management system a couple of years ago. “The way to prevent data theft is more automation,” he said at the time. “We need a cyber defense system that automatically detects vulnerabilities, fixes vulnerabilities before an attack, and if there is an attack, detect it and shut it down.”

The value of AI in the data center has become more and more apparent as data volumes increase and security threats multiply. Such is the importance of AI that Gartner predicted that around one-third of data centers that don’t implement AI and machine learning (ML) will eventually not be operationally or economically viable.

Although that prediction is now a couple of years old, AI is already making a difference in many health care data centers in numerous ways. One of the most profound is that of cybersecurity. AI complements Security Incidents and Management (SEIM) systems and threat monitoring, more efficiently analyzing and parsing legitimate threats from false positives within a data center’s broad river of fast-moving data – a significant capability in the age of Zero Trust.

It also helps to scale health care cybersecurity teams at a time when hiring more cybersecurity experts can be expensive and hard to achieve, thanks to well-documented IT skills shortages across the industry. The power of AI for data center security certainly isn’t lost on U.S.-based cybersecurity professionals, of which 82 percent indicated in a 2018 survey that they believe AI can find threats that would otherwise go undetected. That same survey indicated that 87 percent of US respondents were already using AI for cybersecurity. 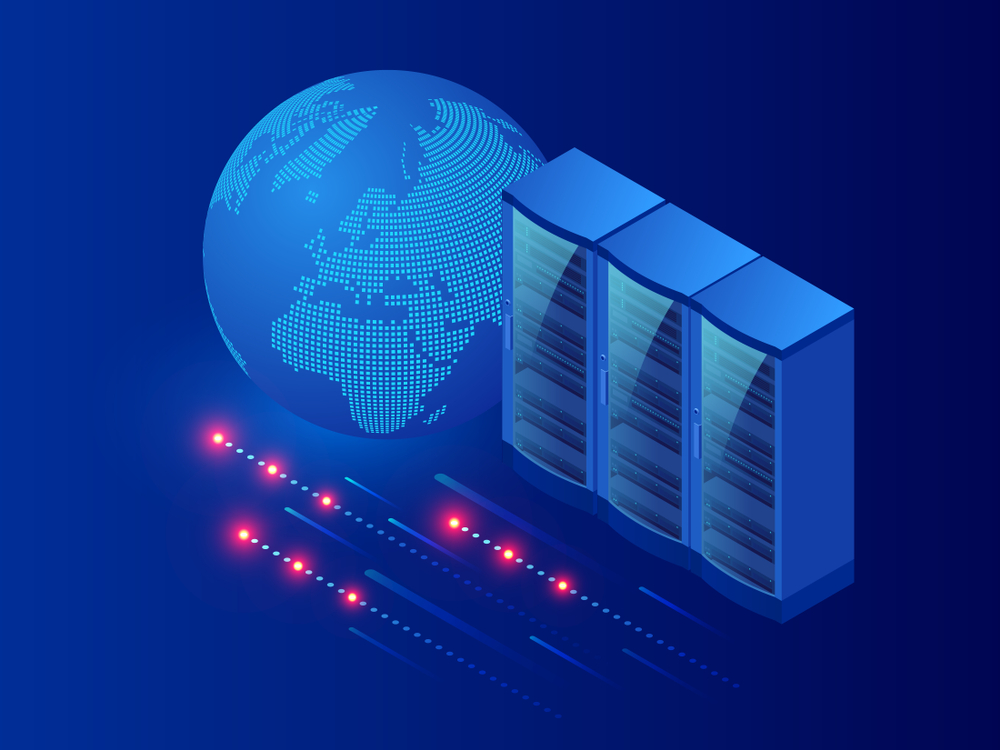 But the benefits of AI are about much more than physical security, especially as cyber crooks learn how to get around detection rules by deploying increasingly advanced malware. AI tools are used by cybersecurity teams in a range of areas, including threat detection, hunting, and intelligence; system security; identity access management (IAM); governance, risk, and compliance; and vulnerability management. AI can improve efficiency and reduce costs for health care organizations partly because it is so repeatable, reducing human error and the need for manual intervention.

Along with detecting issues that may typically elude humans, AI-powered cybersecurity tools can also react faster when threats are detected. The re-writing of firewall rules in a fast-moving and quickly changing data center is a great example, says FireMon’s Josh Mayfield. “(The AI tools) recognize compliance drifting in the data center, then adjust and write a new firewall rule to pull it back,” he explains, adding that such firewall tweaks are traditionally performed by humans manually. “They pick up a new application that needs to be secured under a set of conditions and automatically writes the firewall rule needed to fortify the new app.”

The Deloitte report explains AI-based cybersecurity tools (like most AI applications) run the gamut of sophistication and include everything from more basic, rules-based automation scripts to deep learning neural networks and predictive AI. While Deloitte also says that more basic robotic process automation (RPA) is the most prevalent current application, more complex applications for data center security are quickly evolving thanks to the rising accuracy of predictive analytics, growing availability of rich data, and declining costs of AI technology.

AI combined with sensor data is also invaluable for improving health care data center efficiency and operations. Its potential for cost savings became crystal clear in 2016 when Google’s DeepMind system reduced the company’s data center cooling bill by 40 percent, equal to a 15 percent reduction in Google’s power usage effectiveness (PUE) overhead. Indeed, at this point, most large technology companies use AI for power management within their own data centers.

Active monitoring of data center performance to spot potential issues can be dramatically sped up and improved using AI’s anomaly detection and other capabilities. AI tools can efficiently track motor amps of cooling units (by figuring out baselines and monitoring for deviations), without operations teams having to guess or rely on third-party information. These AI systems can also track variables such as exterior or interior temperature and humidity, which when combined with ML allows teams to go beyond a simple “working/not working” evaluation to more proactive, predictive monitoring.

The antithesis of a good data center is prolonged downtime – traditionally, however, most organizations have relied on manual downtime predictions, which are anything but efficient. The stakes are high: Data center outages can cost organizations up to $1 million per hour. Because AI is already so good at performance monitoring and anomaly detection, it can also help mitigate downtime by combining these data points with network congestion and disk utilization data.

As we have seen, AI and ML technologies have already had a significant impact on health care data center security and performance. Although this can result in reduced headcounts for IT staff, it also acts as a force multiplier by allowing staff to scale themselves and work on more value-added tasks. As AI’s utility in health care data centers evolves into an even more outsized role in the future, data centers must embrace the improved security, efficiencies, and performance it brings – or risk being left behind in a competitive marketplace.